Disclaimer: This blogpost is © Koreandramaland.com and is NOT PERMITTED to be reproduced/reposted on other websites, whether in part or in full, without prior consent or permission from KDL. All screencaps belong to KBS2.

In our opinion, Memorials was everything a drama should be: fun and unique, with equal parts sweetness and quirkiness, a big dash of chemistry and lots of heart. Most of all, consistency is key; and one was how its fictional Mawon District (or Mawon-gu) was very consistently set in a single area: Incheon. In fact, we noticed that the characters in Memorials rarely ventured out from the district. Even if so, it was either work-related, a throwback to a childhood memory — or, of course, Se-ra’s secret hideout (which, surprisingly, isn’t in Incheon).

We had mentioned in our 2020 predictions that we would surely be seeing Incheon on our screens for a long time to come, and Memorials certainly delivered in that respect. It was a treat to see the return of familiar locations, the introduction of new ones (particularly the real ‘downtown’ which isn’t just represented by Songdo IBD, as we would typically see in K-Dramaland), and even expanding on areas that we thought started and ended with a single location.

If you miss the drama as much as we do, here’s a guide to (the fictional) Mawon-gu that both Goo Se-ra (Nana/Im Jin-a) and Seo Gong-myeong (Park Sung-hoon) grew up in as children, and dedicated their time and effort working for and protecting as adults.

KDL Note: Though there were scenes filmed in Yeonsu-gu and Gyeyang-gu, they were mostly of peripheral areas such as roadsides and not specific locations (aside from Oakwood Hotel). 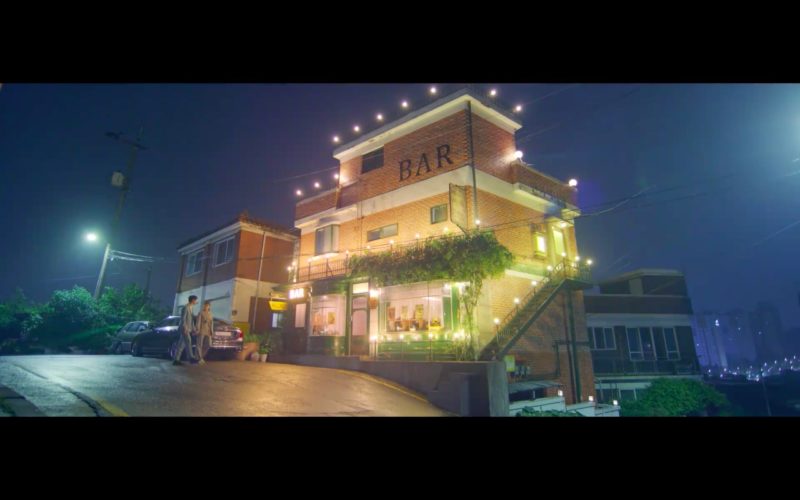 The Dong (East) District [Dong-gu/동구], the smallest of Incheon Metropolitan City’s present day districts, is clearly at the center of Memorials.

Two particular neighborhoods in this district are featured in Memorials: the neighboring Songhyeon [Songhyeon-dong/송현동] and Songnim [Songnim-dong/송림동]. The former houses the main film set: the manwha (comics) and record store run by Jang Han-bi (Shin Do-hyun), which eventually becomes Se-ra’s political headquarters. The latter, which is just in the vicinity of this set, is where Ildeung Super [일등슈퍼] and Songhyeon Neighborhood Park [송현근린공원] are located.

Before Memorials, this district was mainly known for having one of K-Dramaland’s most prolific and popular bookstores: Bookstore BookNStory [한미 서점], which became well-known from 2016, thanks to Goblin. Two years later in 2018, it became the hangout of the Park brothers in My Mister (which was also a film set, interestingly!); while towards that year’s end, the district was seen as the neighborhood that Encounter‘s Kim Jin-hyeok grew up in, as his parents ran a local mart here called Mini Supermarket [미니슈퍼]. This district has certainly had an eventful K-dramaland history, all before it became Se-ra’s territory! 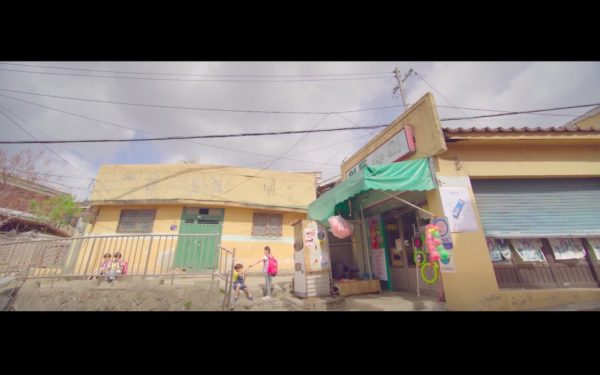 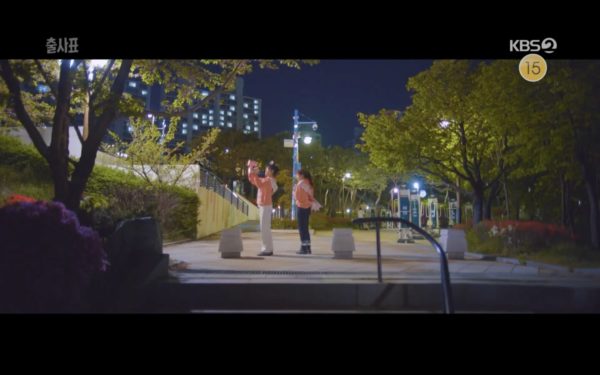 Known for its pine forests, Songhyeon Neighborhood Park also points to where this neighborhood gets its name from, as Songnim means that there are “many pine trees on Mansu Mountain” (now known as Sudoguk Mountain); the mountain just being the village, i.e. neighborhood. What’s interesting is how Songhyeon’s recent history connects somewhat with the Sarang-dong scandal in Memorials: a fault in Expressway 400 (or Capital Region 2nd Belt Expressway/수도권제2순환고속도로의) might cause Samdu 1st Apartment Complex [삼두1차아파트] to collapse, as announced by JTBC. 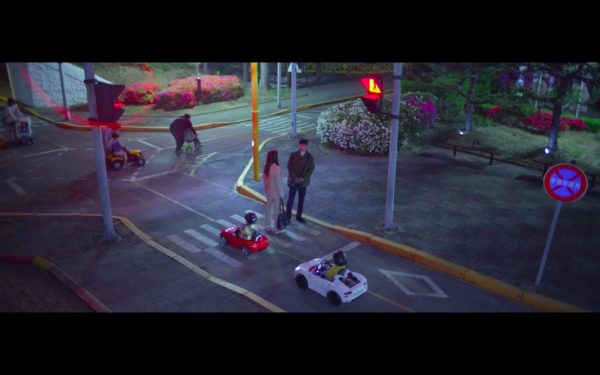 One Dong-gu location as quirky as Se-ra’s personality is the Children’s Traffic Safety Park [동구 어린이 교통공원], which we got to see in episode 8 when she finds out, much to her horror, that the district council was in deficit and wouldn’t be able to pay their staff. Thankfully, that revelation didn’t cause her to pull the brakes on her political endeavors!

When in the Area of Koo Se-ra’s Office

Nearly all known K-Drama filming locations in this vicinity can be found along Saetgol-ro 193beon-gil [샛골로193번길], the same street that turns into Saetgol-ro 194beon-gil [샛골로194번길] and then into Yuksong-ro 44beon-gil [육송로44번길]. We recommend starting out at Se-ra’s office, and then heading towards the same adjacent street that Se-ra and Gong-myeong so often strolled along, hand-in-hand. Continue your walk and you’ll see Incheon Geonjae [인천건재] on your right just a couple of houses down, with Ddoddo Bunsik [또또분식] coming up on your left, just at the corner of Saetgol-ro [샛골로]. 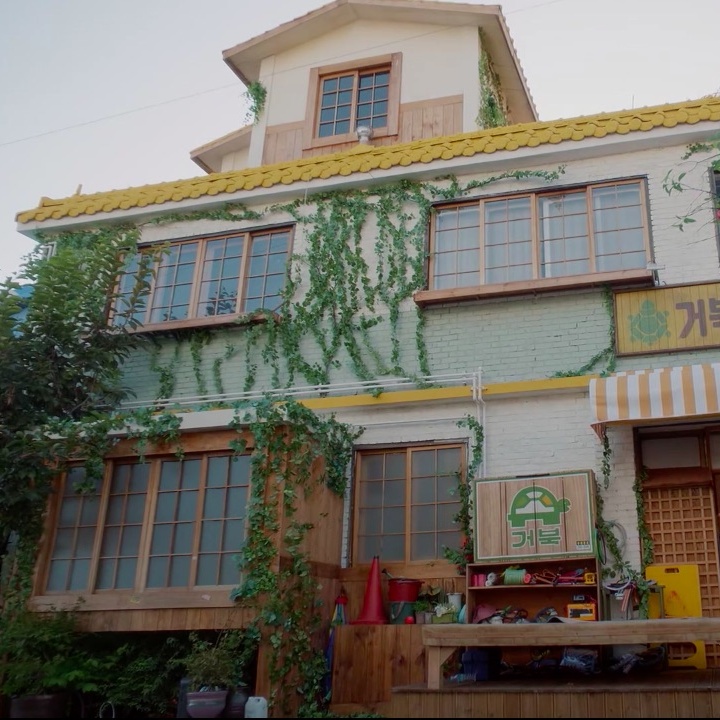 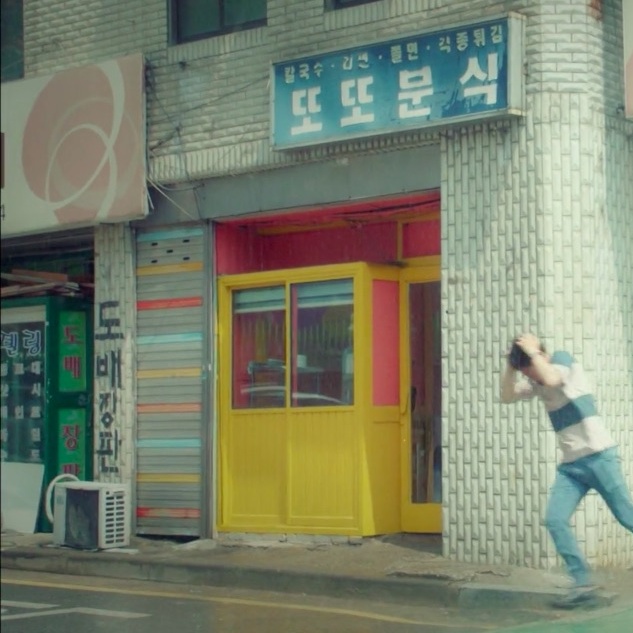 From Ddoddo Bunsik, cross the road at the crosswalk (the nearest being to the right of the street) and continue straight till the end of Saetgol-ro 194beon-gil till when it merges with Yuksong-ro 44beon-gil [육송로44번길]. It’ll be a slight uphill climb, but keep going till you reach the parking lot of Cheon-Kwang Church [천광성결교회], which will be on your right hand side. Enjoy the view!

JUNG-GU
The Restaurant & Other Meet-up Places 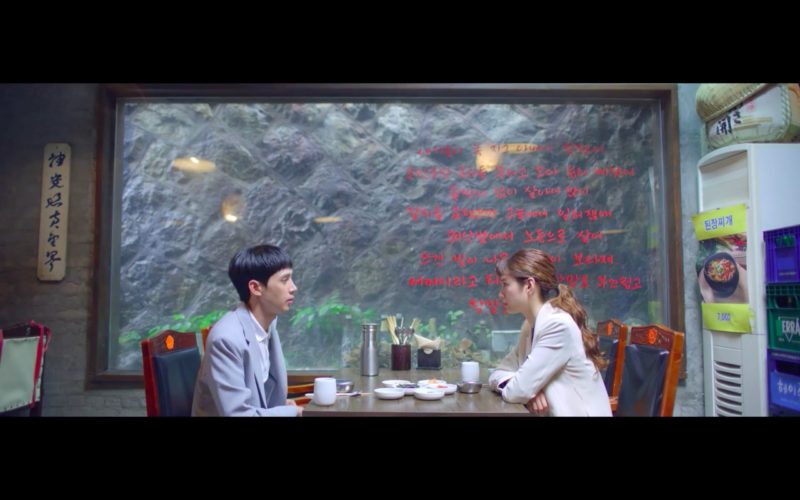 In fact, this district is actually Incheon’s original center –together with Dong-gu– and was considered as such from the opening of Incheon Port in 1883. This is where Incheon Chinatown [인천차이나타운] is located, along with a number of historical and cultural heritage monuments. 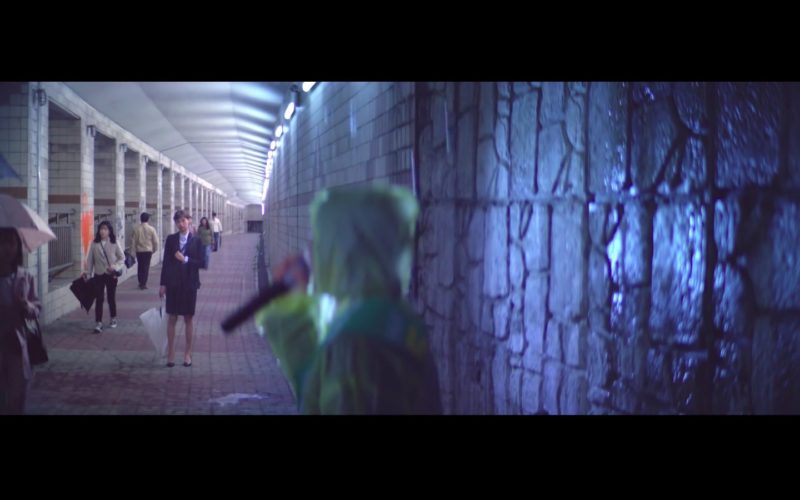 For Memorials, Dongincheon [Dongincheon-dong/동인천동] is where the café IK Light House [일광전구 라이트하우스] (seen in episode 1) and restaurant Mulgogi [물고기] are located, the latter which became a frequent hang-out place for Se-ra and Gong-myeong. Another key location found here is the Dowon Pedestrian Tunnel, through which Se-ra has many pensive walks on her way back home from work.

Sinpo [Sinpo-dong/신포동] is another Jung-gu neighborhood that’s familiar to us in K-Dramaland not only from Memorials, with Incheon Art Platform (IAP) [인천아트플랫폼] featured as far back as 2011 in Dream High, and other locations found in the historical Open Port district, such as Incheon Open Port Museum [인천개항박물관]. 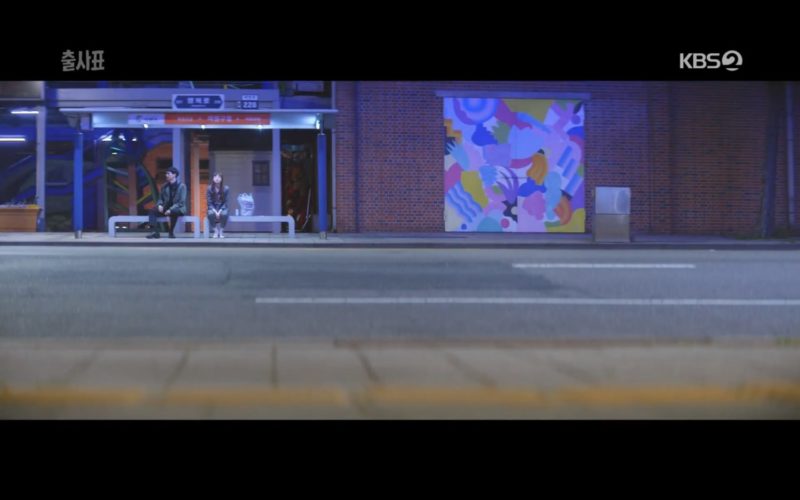 When In Dongincheon: Go on a Memorials Food Tour

We suggest that you start at Sinpo Station. Instead of going straight to IK Light House via Sinpo-ro, we suggest a little detour over Jemullyang-ro [제물량로]. It is a next right into Gaehang-ro, which will take you back to Sinpo-ro and directly to Japanese restaurant Mulgogi [물고기]. From here, you can head back into Gaehang-ro which will lead you to IK Light House [일광전구 라이트하우스] for coffee before heading to Dongincheon/Dowon Station.

If you’d like to embark on a longer K-Dramaland discovery tour, you can easily add electronics shop Samheung Jeonja [삼흥전자], western eatery England Tonkatsu [잉글랜드왕돈까스] and Cafe Timely [카페 타임리] to your itinerary. 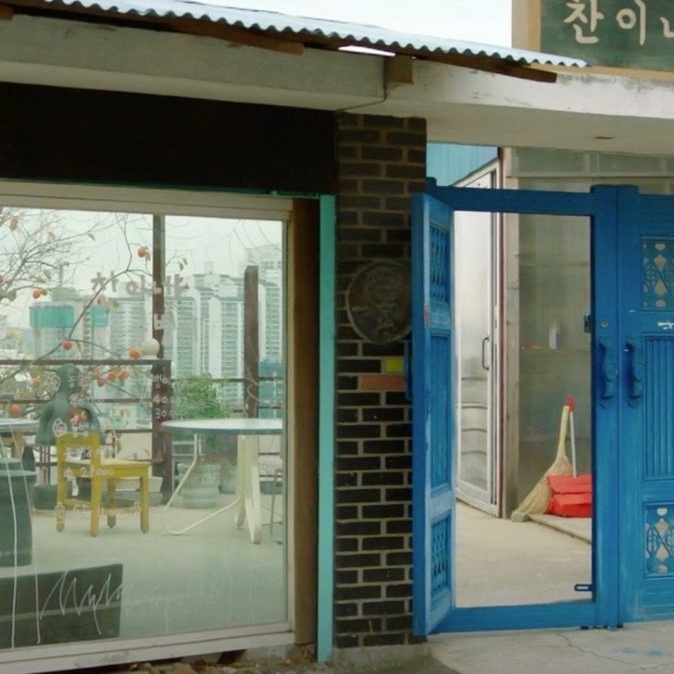 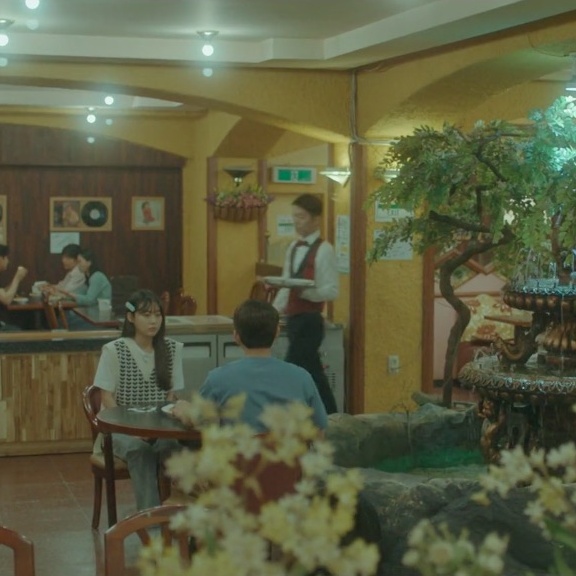 From an industrial city to an administrative town, the Namdong District [Namdong-gu/남동구] experienced a rapid expansion and population increase from around the mid-1980s.

This was particularly due to the relocation of Incheon City Hall [인천광역시청] to the district in 1985, which also led to other administrative offices and institutions being established there. It may well be considered Incheon’s modern-day ‘city centre’, though Jung-gu still holds much weight historically.

The key Memorials neighborhoods are Mansu [Mansu-dong/만수동] and Guwol [Guwol-dong/구월동]; the former being where the Goo family home and the uniquely-shaped overpass are located, while the latter houses City Hall and the Incheon Culture & Arts Center [인천종합문화예술회관].

When in the Area of the Goo Family Home 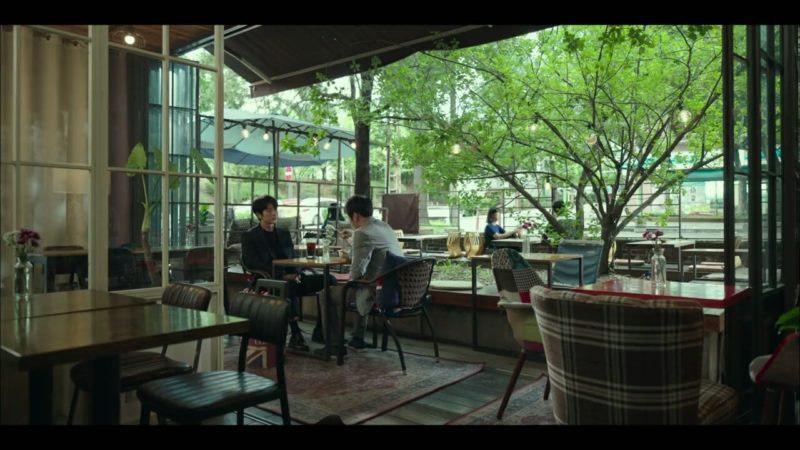 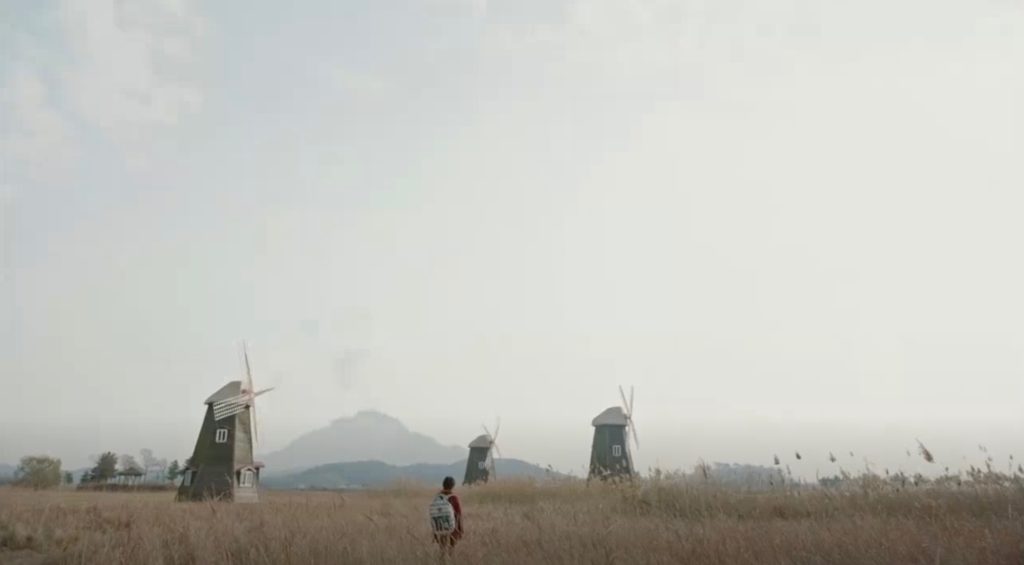 Formerly the ‘Nam’ (South) District, the Michuhol District [Michuhol-gu/미추홀구] is the only district featured here that is not named after a cardinal point.

While it only adopted its new name in 2018, the name ‘Michuhol’ (彌鄒忽) dates as far back as the early Baekje period (18 BC – 660 AD) as the city that founded and settled in by Prince Biryu, King Dongmyeong‘s second son, after leaving Goguryeo. It was hence considered to be the first name that present-day Incheon was known as. With Munhaksan Mountain [문학산], also known in part as ‘the birthplace of Incheon‘, being a key historical anchor of this district, it was no wonder that the name received “widespread support” when the name change was proposed. 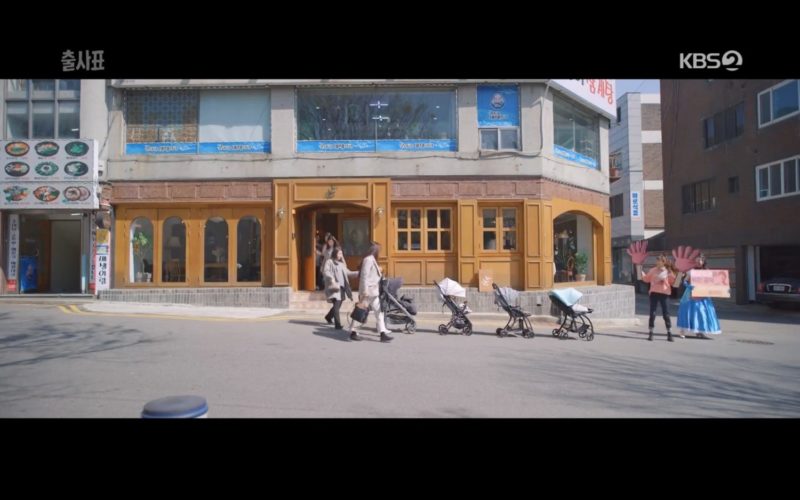 After the renaming of the city to ‘Incheon-gun’ in the 13th year of King Taejong’s reign, Gwangyo [Gwangyo-dong/관교동] was considered to be its downtown core. Along with Jemulpo, it’s still considered as the “original Incheon” (원인천) even up till today. This is the neighborhood that houses the café Territory [테리토리], which Se-ra campaigns in front of in episode 2 . 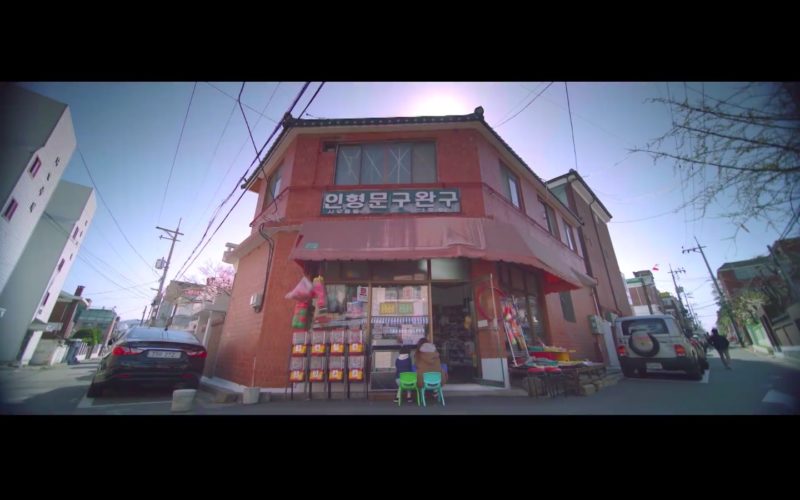 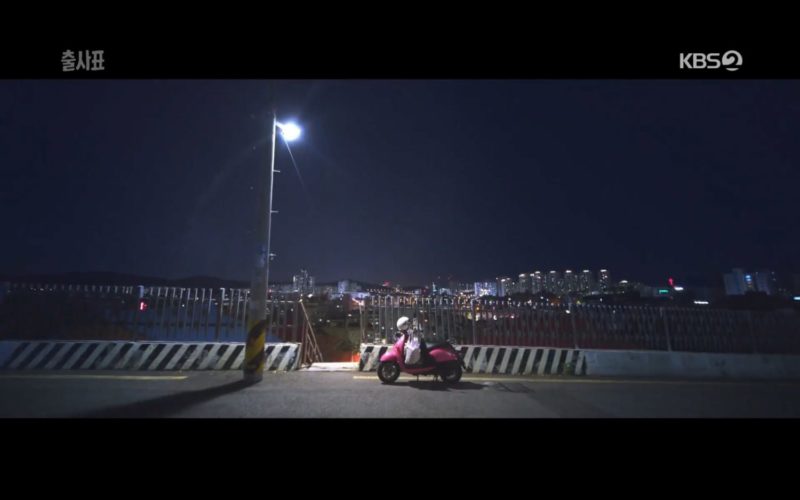 When in the Area of Subongnam-ro 18beon-gil

This entire street has been part of the K-Dramalandscape for many years, starting from as early as 2011 with the same-named Flower Boy Ramyun Shop being located at Mind Travel [마음여행자]. Subsequently, a rooftop house a little down the street from Mind Travel gained more prominence thanks to features in Because This Is My First Life and The Light In Your Eyes, and Gongwonjang [공원장] had its five minutes of fame in Crash Landing On You. Seo Dal-mi’s House is also round the corner from here. 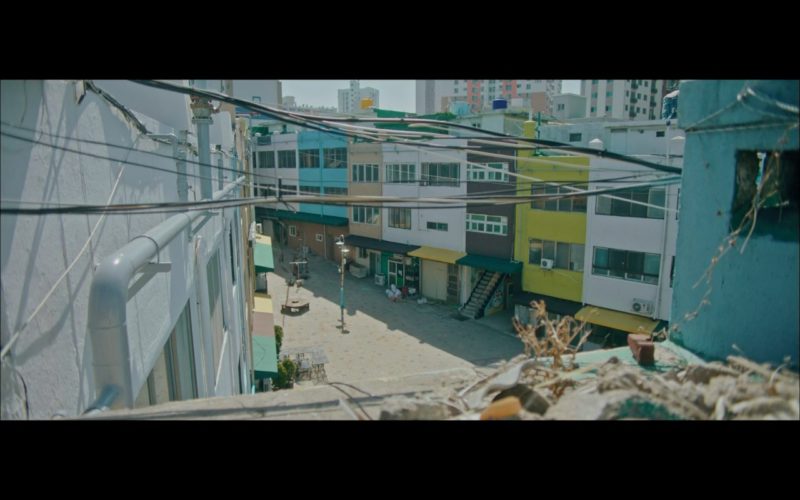 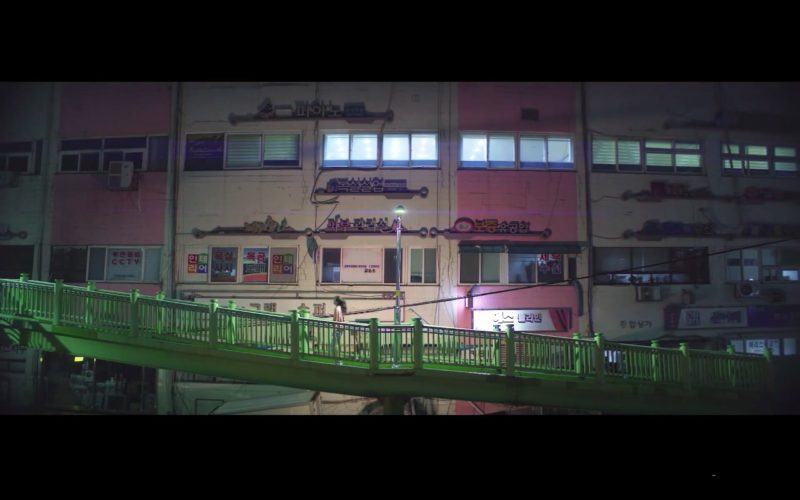 The Seo (West) District [Seo-gu/서구] is Incheon’s largest district, with “an area [of] 111.2 square kilometres, and… the largest area of farmland in Incheon” — which works out to about 33.4% of its inlands.

Formerly part of the now non-existent Buk (North) District, a section of it was ‘separated’ in 1988 to create Seo-gu. Most notably, this is where Cheongna International City [청라국제도시] is based, along with other landmarks such as the Incheon Asiad Main Stadium, which was where the 2014 Asian Games were held. (Fun and random fact: the district’s flower symbol is the chrysanthemum, which represents “stability and abundance for all“. There’s even a festival for them in October!) 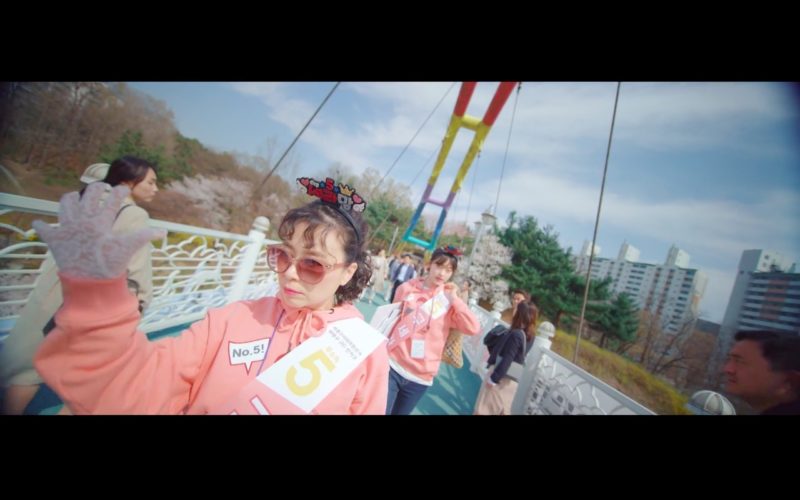 Interestingly, the key locations from this district seen in Memorials were mostly bridges, which seem to represent both hope and despair for Se-ra. On the campaign trail in episode 3, her mother Kim Sam-sook (Jang Hye-jin) made quite the impression while crossing a rainbow-colored bridge that connects to Seogot Neighborhood Park [서곶근린공원].

Then, it was at Bus Stop Seo-gu Cultural Center [서구문화회관 정거장] that Se-ra makes one last push before the clock struck midnight; overwhelmed and with a heavy heart, she heads up the connecting overpass, not knowing whether things would go her way — but as we know, it eventually does. We could even liken these bridges to the many people that she helps bridge with Mawon-gu, and vice versa; it may sound a little far-fetched, but this is Goo Se-ra we’re talking about, after all. 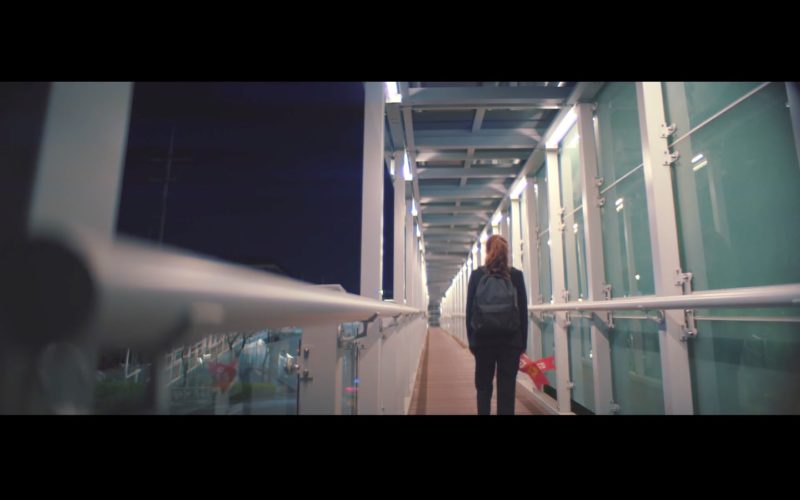 When in the Area 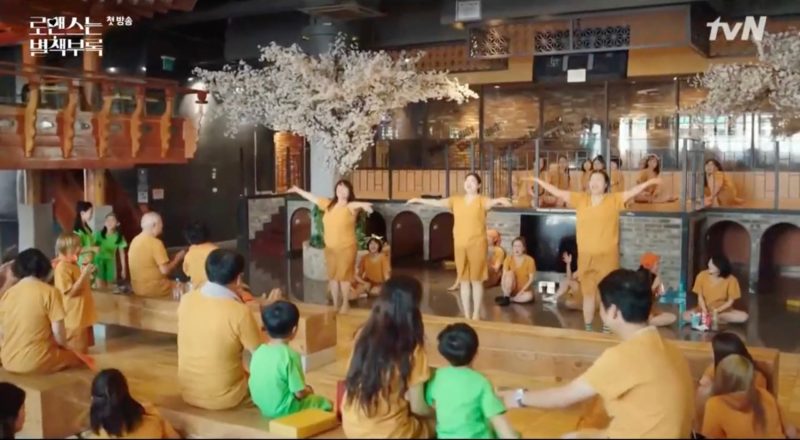 No visit to South Korea is ever complete without checking out a jjimjilbang (sauna), so head to Cheongna Sparex [청라스파렉스] for the local experience. You can also enjoy a spot of afternoon tea at Fiore Yoon [피오레윤 그라데이션], have a meal at Jamigung [자미궁/紫微宫], or visit other places like Cheongna Lake Park [청라호수공원], Incheon Cheongna Waterside Park [청라 커널웨이], or the Incheon Seo-gu Cultural Center [인천서구문화회관]. 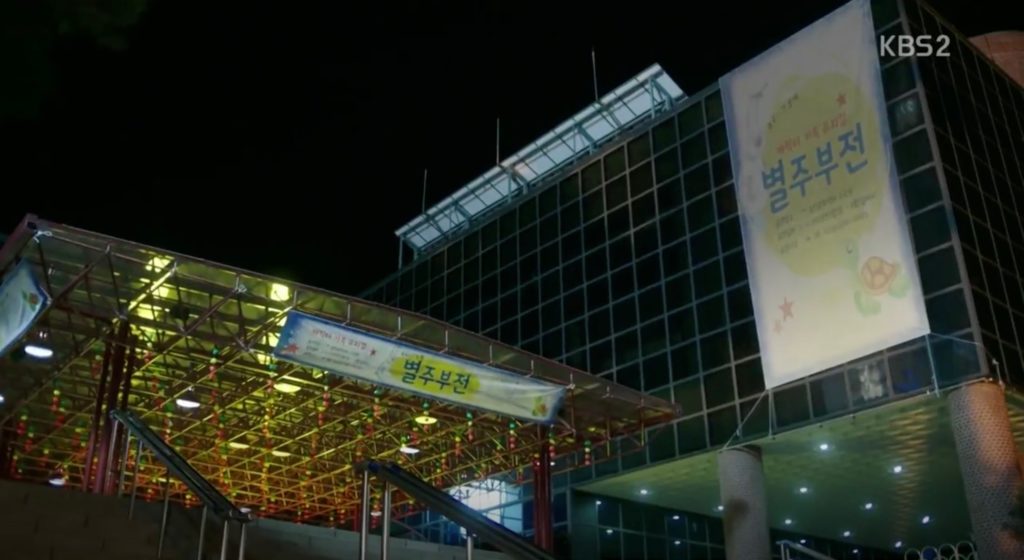 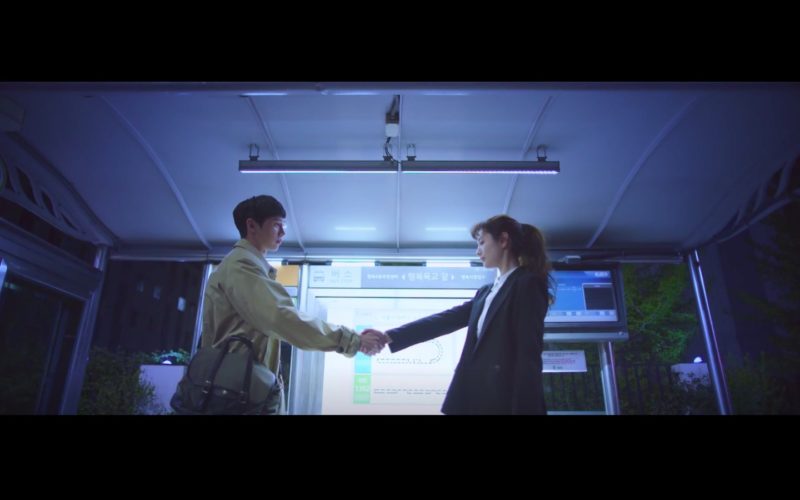 Truth be told, there may never be another drama like Memorials, or a K-Dramaland neighborhood that was as extensive, while being incredibly cohesive as Mawon-gu. That said, seeing as how international and some domestic travel is still off the cards in 2021, we hope to see more dramas follow in this production team’s footsteps — though, we must say, the bar has been set pretty high! But never say never; if there’s anything that Goo Se-ra has taught us, it’s that nothing is truly ever out of our reach.

Which part of Mawon-gu is your favorite? Is there a particular Mawon-gu location that you’d like to visit in the future? Tell us in the comments! 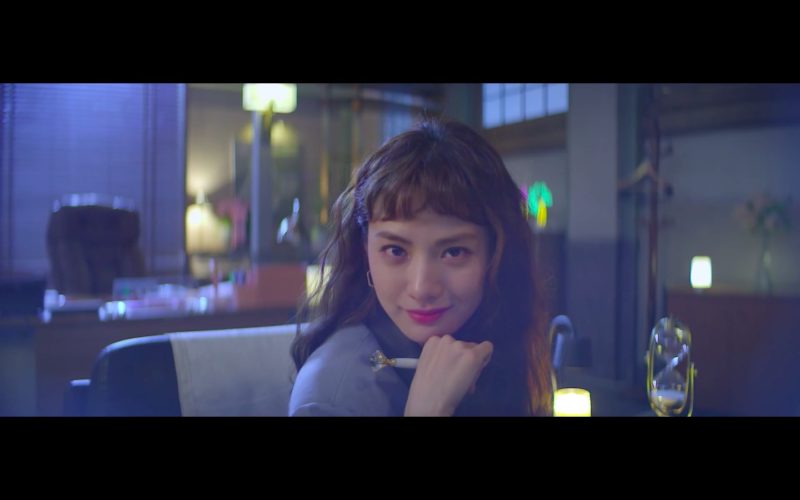 For a fuller view of Memorials/Into The Ring locations, check out the rest of our listings.