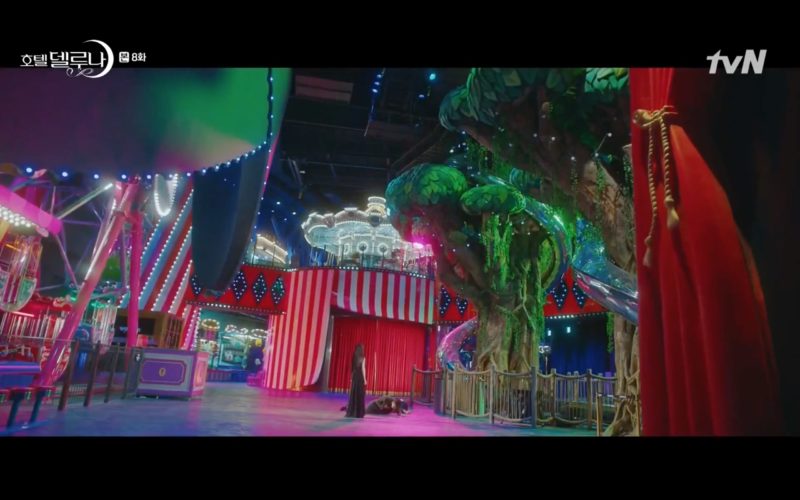 Disclaimer: This blogpost is © Koreandramaland.com and is NOT PERMITTED to be reproduced/reposted on other websites, whether in part or in full, without prior consent or permission from KDL. All screencaps belong to tvN, KBS2, MBC, and JTBC.

The more I watch K-dramas and learn about their respective locations, the more wonder and respect I have for their location scouting and planning teams. Because it is one thing to scout for drama locations; it’s a different thing to plan an entirely cohesive world around them.

This is a topic I’ve covered in a few other blogposts, like in my exploration of Search: WWW‘s world, and most recently, our guide to Memorials‘ Mawon-gu. In my (very humble) opinion, both K-dramas are the prime examples of location seamlessness at their best. 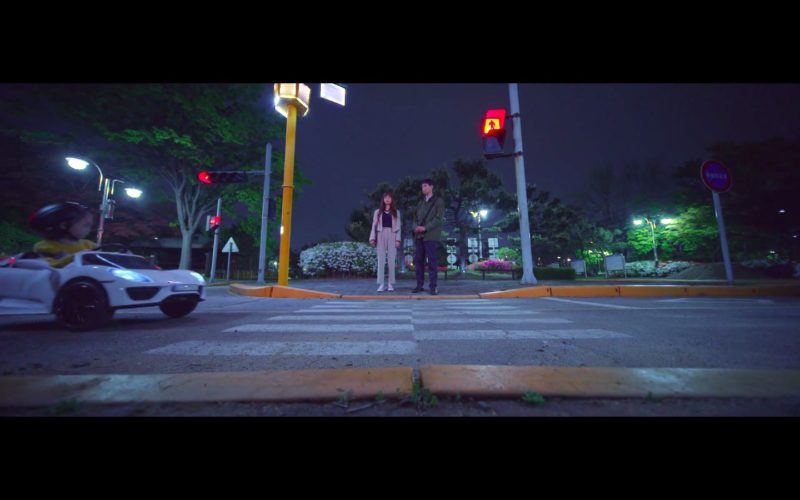 But they’re not just the only ones who have managed to successfully weave multiple locations together cohesively. Let’s take a look at some other K-dramas that have done so over the years! 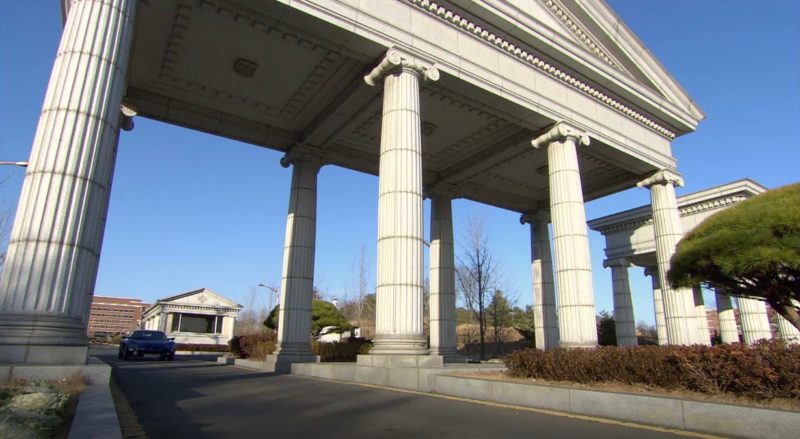 As Marion shared in our Boys Over Flowers 10th Anniversary overview, the F4’s Shinhwa High School was a very early example of combining multiple locations to form one. Who would have thought that this elite high school campus would consist of buildings or facilities from around Gyeonggi-do and beyond? Imagine having to travel to Daegu and Yangpyeong to attend class, and then high-tail it over to Paju for lunch, or even a rendezvous in the school garden. But then again, this may not be something for us plebeians to easily comprehend. 😉 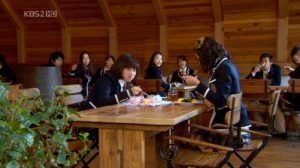 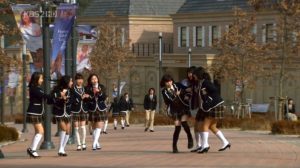 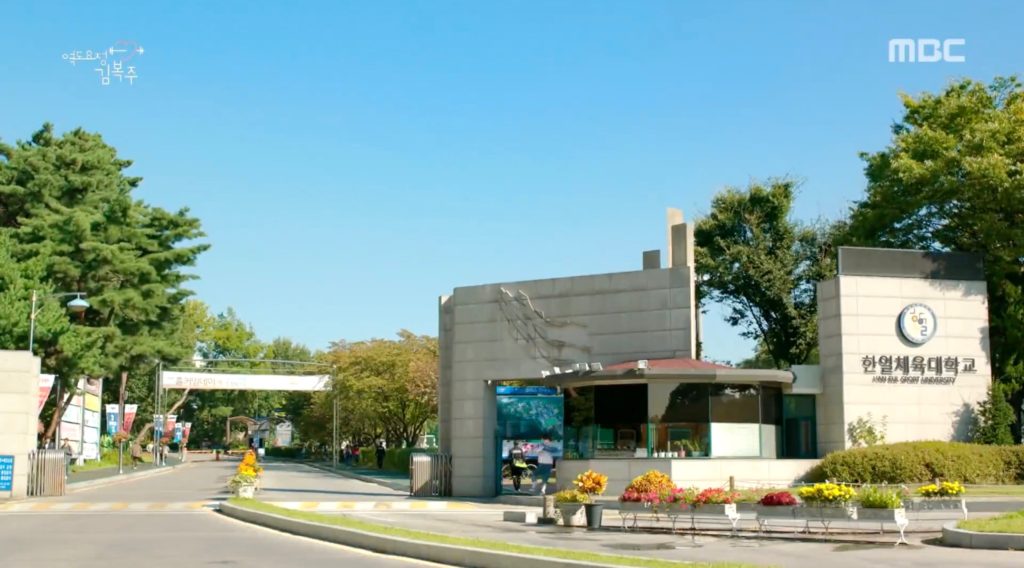 The team in Weightflifting Fairy Kim Bok Joo took the combined campuses trend a step further by featuring not two, nor three — but FIVE university grounds to make up the drama’s Haneol Sport University. These include the campus entrance, the pond and rooftop hang-out, wishing fountain, and the lake frequented by Kim Bok-joo (Lee Sung-Kyung) and Jung Joon-hyung (Nam Joo-Hyuk). There’s also the massive flight of stairs that Joon-hyung trained at, which is located at the actual Korea National Sport University. 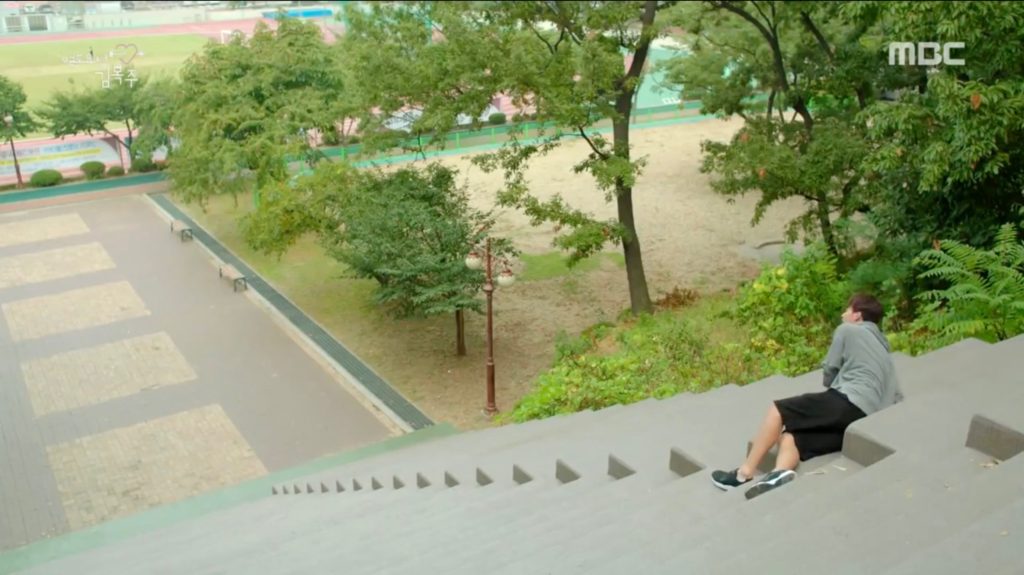 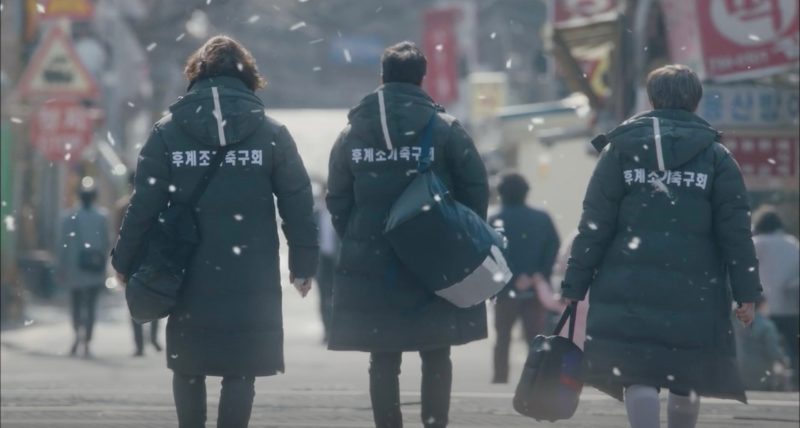 In My Mister, we got to see the Park brothers’ homeground of Hoogye, a fictional neighborhood set in Seoul. Though some key locations were indeed in Seoul, such as the railway tracks and the subway station, other places like Brothers’ Cleaning Room and Jung-hee’s Place are outside of it, in Icheon and Incheon respectively. This is the same for Kojubang, the little hole-in-the-wall eatery that Park Dong-hoon (Lee Sun-kyun) and Lee Ji-an (IU/Lee Ji-eun) frequently meet up at. It’s also interesting to see how some of these locations serve as an anchor, parallel, or turning point in the lives and relationships of the drama’s characters, as previously analyzed in a related two–part series. 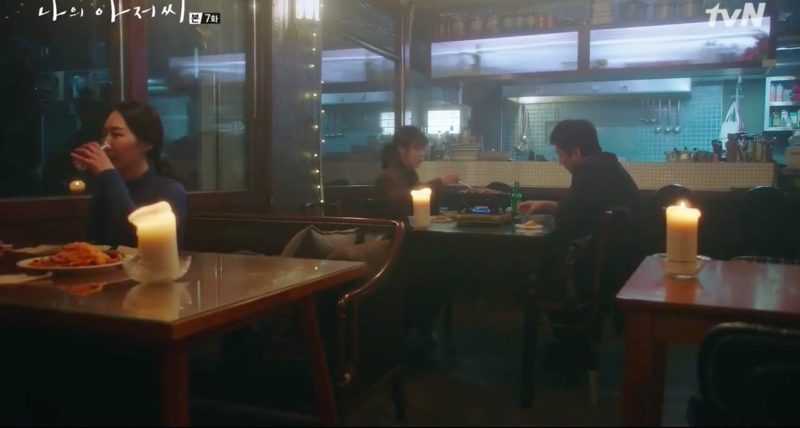 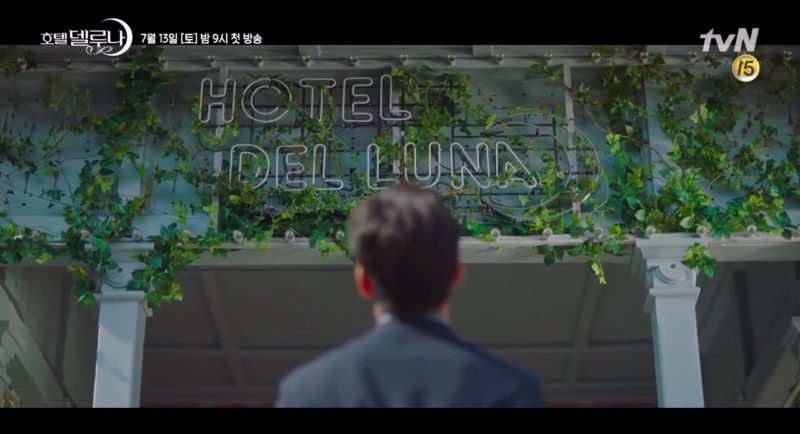 When watching Koo Chan-sung’s father (Oh Ji-ho) explore into the incredible Hotel Del Luna for the very first time, I’d also felt just as incredulous seeing how well put-together Jang Man-wol’s (IU/Lee Ji-eun) establishment was. From the moment we stepped through its unassuming exterior (at least in the daytime), to seeing its range of in-house(?) facilities, like the rose garden, private beach, and even an indoor amusement park — we can understand why their other-worldly guests would want to make themselves feel at home here! 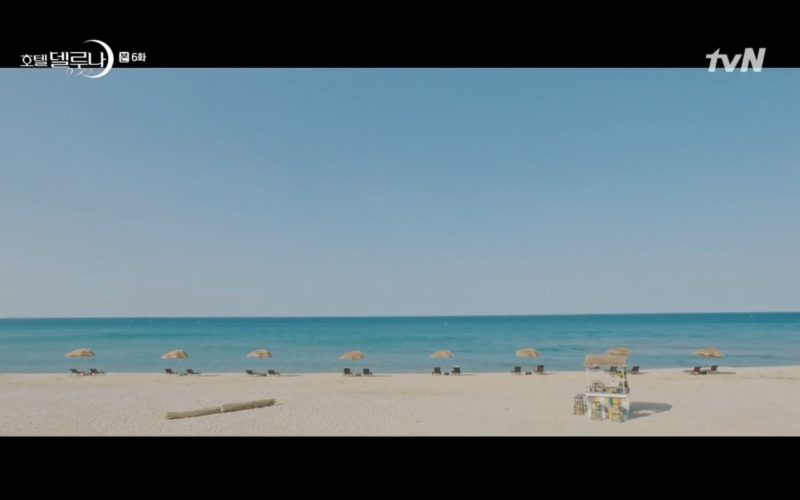 When The Weather Is Fine (2020):
Bukhyeon Village 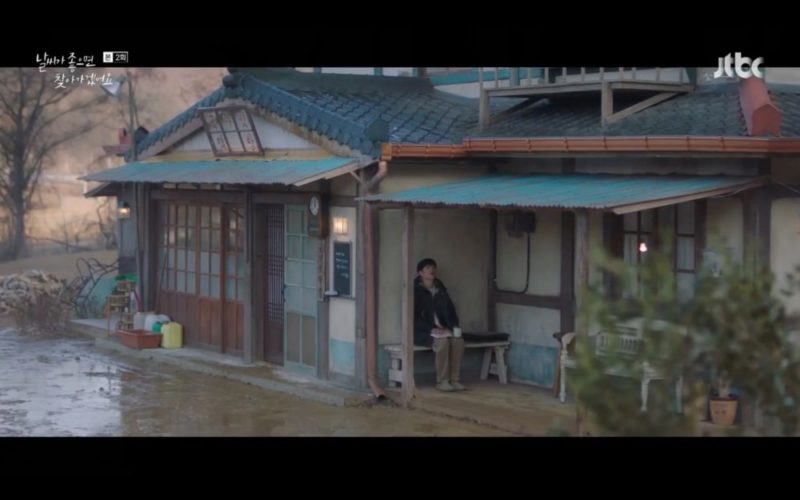 In 2020, When The Weather Is Fine brought us the fictional village of Bukhyeon. The main locations that wove this village together are its main street with its bus stop, its citizen center, a village trail, Im Eun-seob’s (Seo Kang-joon) parents’ house, his hut in the woods, as well as his Good Night Bookstore and the neighboring Hodu House — Mok Hae-won (Park Min-young) aunt’s guest house. 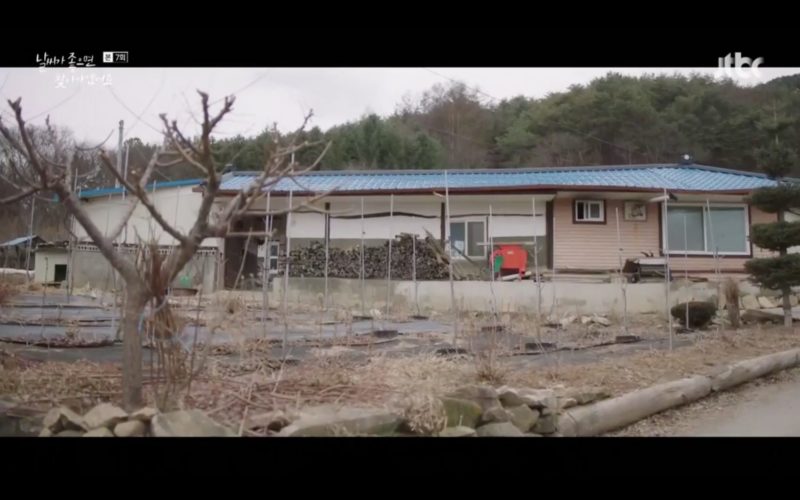 But as said: Bukyeon is fictional and in real life South Korean geography, these places are scattered across four villages across two provinces: North Chungcheong and Gangwon. There is the village of Dowon [Dowon-ri/도원리] (home to the majority of Bukhyeon’s locations) and its neighboring village Docheon [Docheon-ri/도천리] (home to Eun-seop’s parents’ house), Jejang Village, and finally the village of Galjeon [Galjeon-ri/갈전리]. 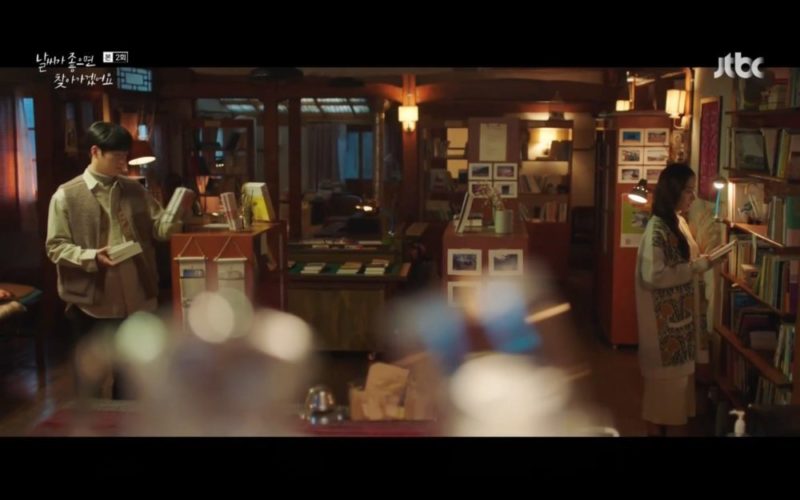 The latter is home to Hodu House (a private home in real life) and was home to The Good Night Bookstore. Yes, one of K-Dramaland’s most epic bookstores is no longer. It was torn down right after filming has ended. A sign, probably, that no drama tourism is encouraged in this village?
— Marion KDL 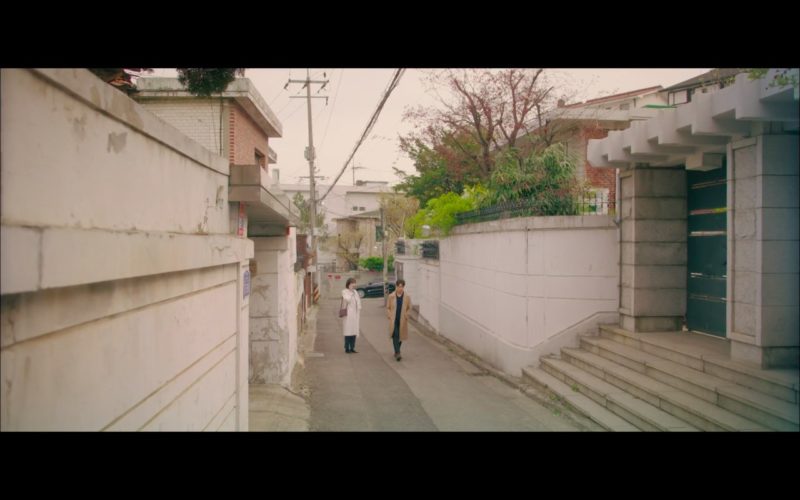 A Piece of Your Mind was truly a piece of work when it came to weaving locations together, because it not only put together locations in different locales, but also presented key neighborhoods cohesively.

Let’s start with Moon Ha-won’s (Jung Hae-in) house, which is located in Ogin-dong, part of the Cheongunhyoja neighborhood. In episode 9, Han Seo-woo (Chae Soo-bin) is dropped off along ‘Wokin 4-gil’ (which is actually Tojeong-ro), and walks to Ha-won’s house from there. In real life, both locations are a 2 hour walk to/from each other! This is similarly the case with Eun-joo’s boarding house, as Suyu-dong is certainly nowhere close to its supposedly ‘connecting street’, which is all the way in Ssangmun-dong! (42 min. walk/9 min. drive) 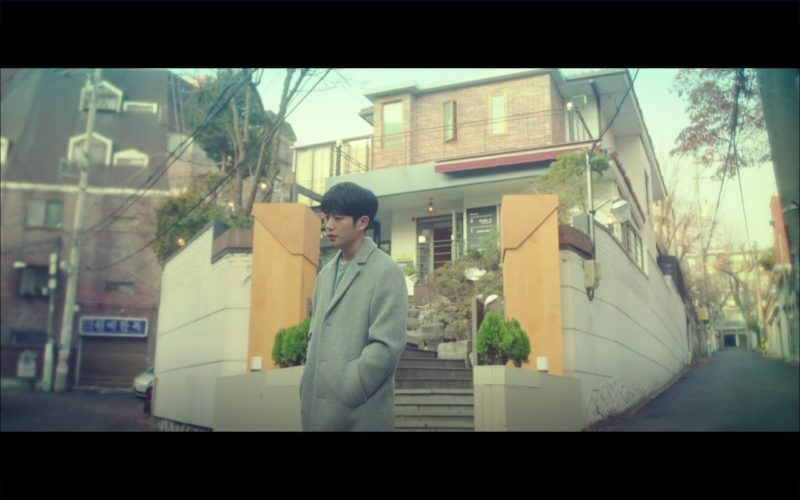 On the other hand, Marion also shared in our A Piece of Your Mind overview about how the drama introduced us viewers to a different side of Pyeongchang-dong, typically identified as an upper-class neighborhood. As we tracked down locations, it was a pleasant surprise to find out that the surrounding streets, pedestrian bridge, and even the nearby bus stop were all within reach of each other.

Though Studio Moon is actually over 1.5 hours walk/15 min. drive from Pyeongchang, there were subsequent locations like Nalara Kimbap (episode 6) and Muldwinda (episodes 5/10) that were actually in walking distance to/from the studio. Let’s also not forget the cafe that Ha-won and Seo-woo frequented, Bukhansan Atelier Gwanghwamun Branch and its connecting street! 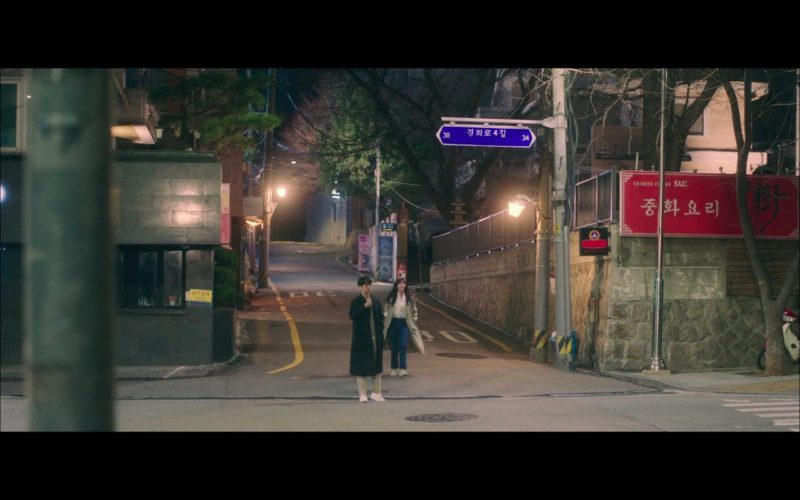 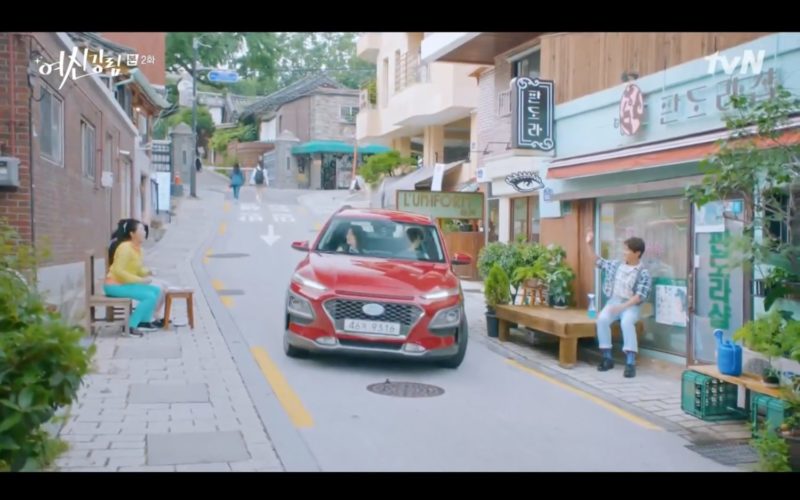 Gyedong-gil is one of my favorite K-Dramaland streets, and it’s always a joy to be able to see it on screen. In teen drama True Beauty, this is seen as part of the neighborhood that Im Ju-kyung (Moon Ga-young) and her family live and work at. Her mom’s beauty shop ‘Pandora’ is actually leather goods store NIN, while the family home (just a 4 minute walk to/from here), is actually art gallery SOSHO. We also see Ju-kyung pause at Les Lauves Flower on her way to school in episode 7. 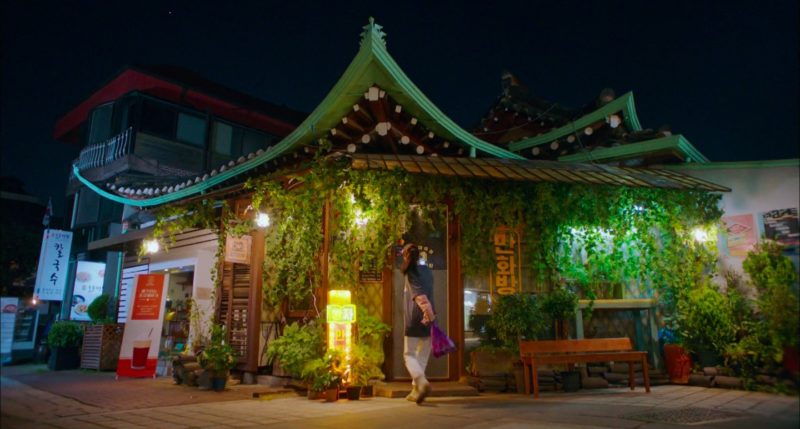 Though ‘Prince Comics‘ is also shown as being in the vicinity, it’s actually about a 10 minute walk from its location in Samcheong-dong to Gyedong-gil — but then again, maybe it does take Ju-kyung and Lee Su-ho (Cha Eun-woo of ASTRO) that long to walk from one place to another! (Speaking of Su-ho, his house isn’t even in Seoul; it’s actually in Jang-Won Village, located all the way in Bundang.)

Here’s another ‘location seamlessness’ secret in True Beauty: the building that Ju-kyung was contemplating jumping from was actually filmed at two different locations. Its exterior and staircase are part of wedding and convention company Patio9 in Gangnam, but the rooftop is actually at Cheonggye Plaza in Euljiro –– now best known as ‘Geumga Plaza’ in Vincenzo. 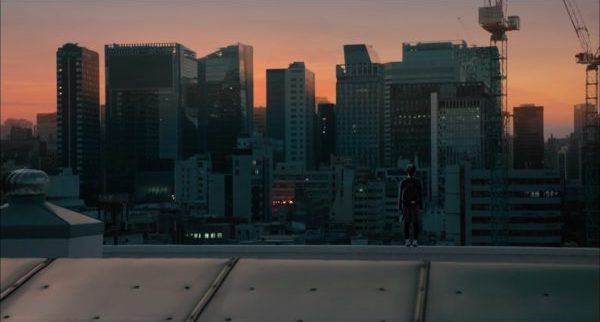 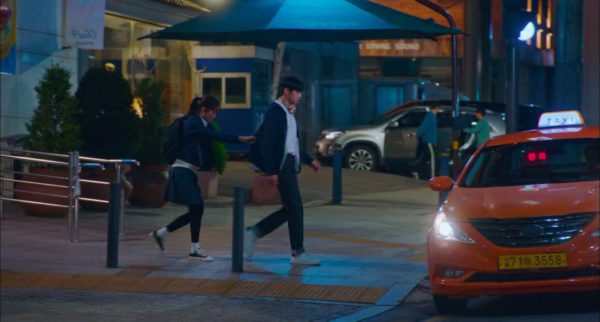 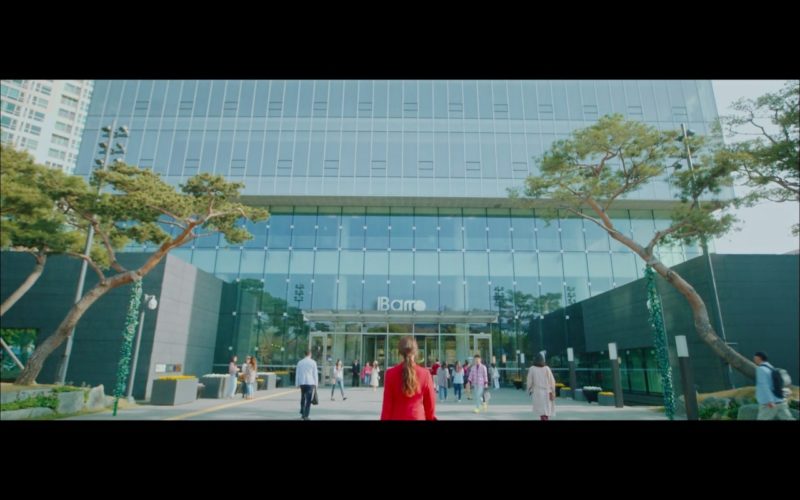 Along with the many ways production teams choose to seamlessly weave locations together, there are also many reasons for them to do so. Practicality may not necessarily be one, as demonstrated by the Search: WWW team’s extensive effort to create the Barro building, for example! Aesthetics certainly play a part too, and it amazes me that the production teams will go all out to create the most ideal setting for their respective dramas. Their hard work will always pay off, especially when viewers are immersed in their worlds, and wish that they too could be a part of it. 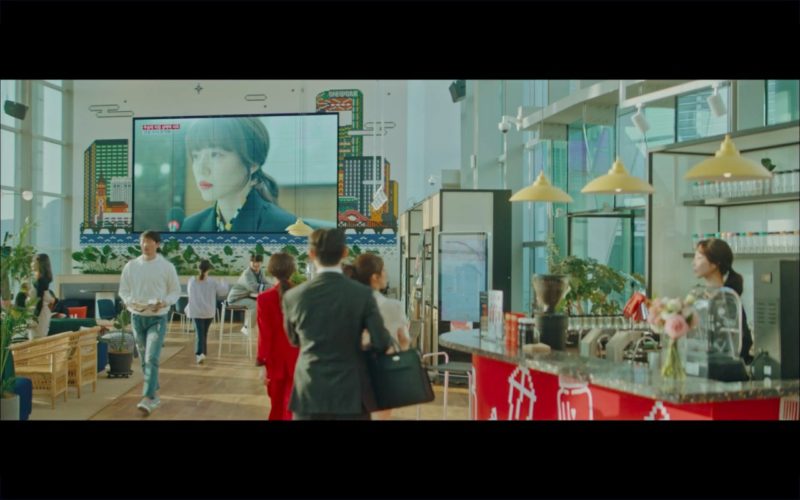 Which example of ‘location seamlessness’ is your favourite and why? Have we missed any others out? Tell us in the comments!